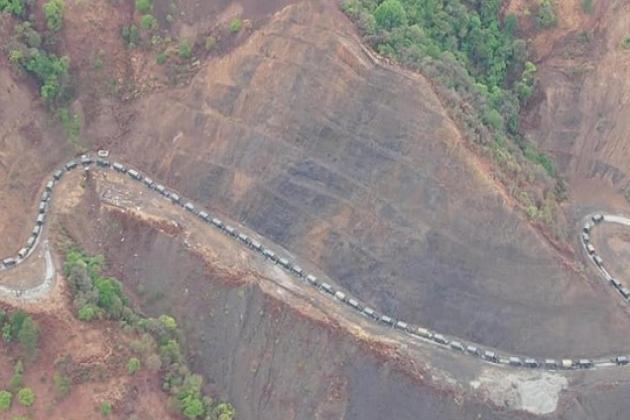 CHIN STATE, Myanmar - According to members of the anti-junta groups involved, repeated interceptions of military convoys by resistance forces in Chin State have resulted in numerous roadside skirmishes in recent days, with losses on both sides.

According to Chin National Front (CNF) spokesman Salai Htet Ni, a convoy of military vehicles traveling along the 40-mile northern Chin State road between Hakha and Falam was struck many times last week.

During two days of fighting on May 4 and 5, more than 20 junta troops in the column and nine resistance members were killed.

He continued that the ambushes were particularly difficult because the military column was apparently transferring 15 detainees suspected of being members of resistance groups from Hakha to Kalay Prison in the neighboring Sagaing Region.

"They planned to use them as human shields to prevent us from shooting at them." To avoid hitting the victims, we had to be extremely cautious."