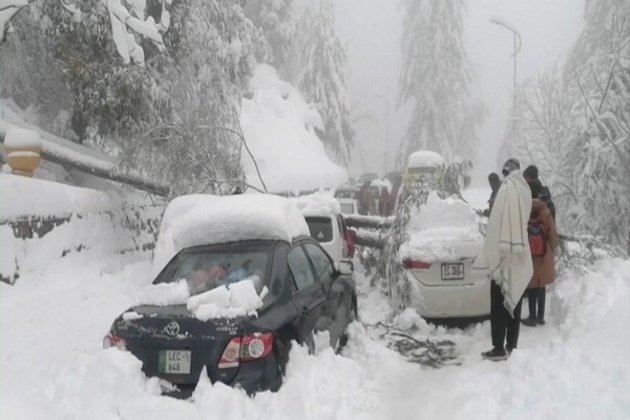 Islamabad [Pakistan], January 16 (ANI): Administrative negligence led to the recent Murre snowfall tragedy in Pakistan which had killed 23 people, revealed a probe committee report on Sunday, according to local media.

The probe committee consisting of five members, which was formed by the government to inquire into the Murree tragedy, has completed its investigation on Sunday and has revealed that the incident occurred due to administrative negligence, reported Geo News citing sources.

The report of the committee will be presented to Punjab Province's Chief Minister Sardar Usman Buzdar on Monday, the Pakistani publication said citing sources.

The committee has completed its investigation by interviewing victims and administrative officials. The members of the committee have departed from the hill station to Lahore.

On the day of the incident, several snowploughs were parked at the same place which led to road blockages, the report found. The administrative staff was absent from duty, while a blizzard warning from the meteorological department was blatantly neglected, the probe committee has analysed.

Last week, 23 people had died on January 8 due to carbon monoxide poisoning while being stuck in their cars as thousands of tourist vehicles ended up being stranded in Murree due to heavy snowfall, reported Geo News. (ANI)