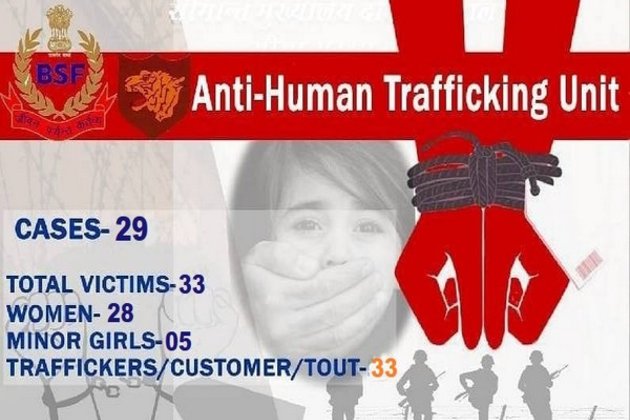 BSF rescued 33 women from being trafficked in 2021: Report

On Saturday, the anti-human trafficking unit completed its one year tenure. It rescued 33 women in 29 different illegal business of human tracking cases in 2021 and arrested 33 traffickers.

It is equally important to make the poor and innocent girls aware of the heinous act of human trafficking (swamp) so that no women can fall prey to these human traffickers.

It was stated that in most of the cases, it has been observed that human traffickers lure poor innocent minor girls and women for making money by promising good jobs as bar dancers, waiters. Later, touts push them into prostitution, the BSF said in a statement.

It was deployed by the South Bengal Frontier on January 15, 2021, to check the heinous crimes of human trafficking in the border areas.

The main objective of the Unit is to nab all the syndicates involved in human trafficking and hand them over to the law and put them behind bars, he added. (ANI)