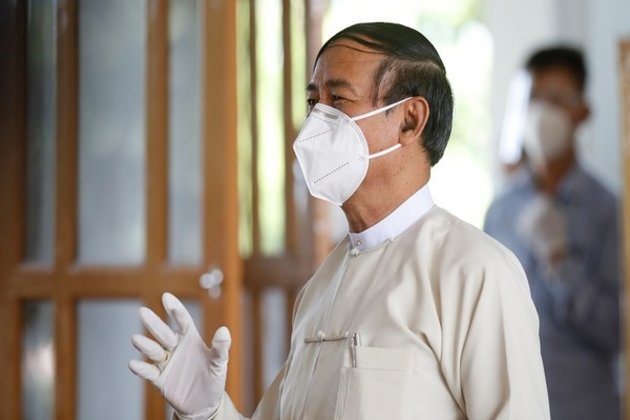 Naypyitaw [Myanmar], October 13 (ANI): Detained Myanmar President Win Myint on Tuesday said that senior military officials tried to force him to resign citing a false health condition on the day of the coup.

Win's statement came during his testimony on the charges of 'defamation' against him, Radio Free Asia reported.

Win Myint said that two high-ranking officers--possibly lieutenant generals or generals--came into his home early on the morning of February 1 and demanded that he step down due to 'ill health'.

"The president turned down their proposal, saying he is in good health," Win's defence team was quoted as saying by Radio Free Asia.

"The officers warned him the denial would cause him much harm, but the President told them he would rather die than consent," the defence team added.

Myanmar has been in turmoil since the coup on February 1, when the Myanmar military led by Senior General Ming Aung Hlaing overthrew the civilian government and declared a year-long state of emergency. The coup triggered mass protests and was met by deadly violence.

In the more than eight months since the coup, military forces in Myanmar have killed 1,167 civilians while arresting at least 7,219 people in the country, as per data from Assistance Association for Political Prisoners (AAPP).

Win, along with State Counsellor Aung San Suu Kyi and former Naypyidaw Mayor Myo Aung, is facing charges of 'defamation of the state' in Myanmar after the military ousted the democratically elected government.

These charges are related to two statements issued by the National League for Democracy (NLD) Central Executive Committee (CEC) in February, that prosecutors say were meant to disrupt public order and instigate against the state, Radio Free Asia reported. (ANI)