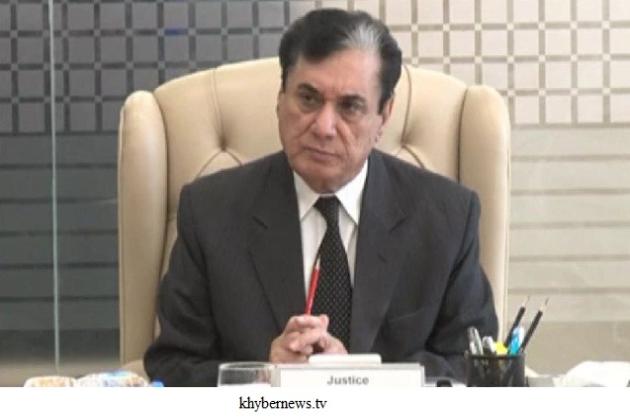 ISLAMABAD, Pakistan - Chairman of the National Accountability Bureau (NAB), Justice (Retd) Javed Iqbal said Tuesday that mega corruption white collar crime cases are of the highest priority and would those who have swallowed trillions of rupees of the Pakistani nation through corruption will not be spared.

According to a NAB headquarters press release, the chairman reiterated that NAB performs its duties and has no affiliation with any individual, party, or organization.

He also said that eliminating corruption has become the voice of the whole nation. It is only a hurdle to the country's development but also violates the rights of deserving people. "Corruption is the root cause of all problems endured by the country," he said.

The chairman said that NAB has prepared a coordinated anti-corruption strategy comprising awareness, prevention, and enforcement under the "Accountability for All" policy. This is in addition to rebuilding and improving working policy to make NAB a more reliable and respected organization to eradicate corruption in all its forms and manifestations.

He said that "NAB has rejuvenated by implementing his 'Accountability for All Policy' across the board under the slogan of 'NAB's faith-corruption-free Pakistan.' "The results have yielded excellent dividends," he said.

The press released added, "Besides, the overall recovery of Rs. 819 bullion, NAB has filed 1277 corruption references in the various Accountability Courts which are under adjudication, and their approximately worth is Rs 1335 billion."

Organizations of national and international repute like World Economic Forum, PILDAT, Transparency International Pakistan, Mishal Pakistan have praised the NAB's efforts to eradicate corruption. In the Gillani and Gallup Survey, about 59 percent of people have expressed their complete confidence in NAB.