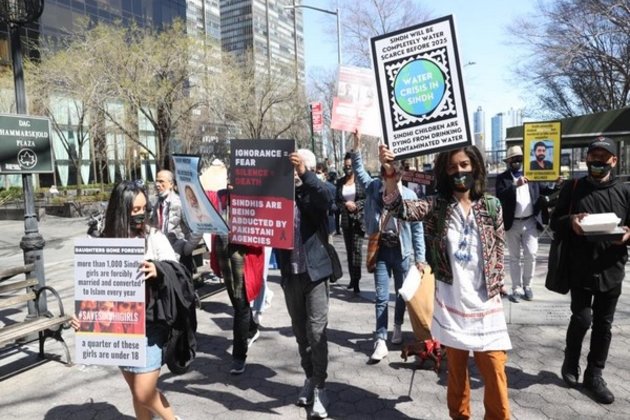 By Reena BhardwajWashington [US], April 18 (ANI): Several US-based Sindhi activists are on an almost month-long arduous journey from New York, outside the United Nations headquarters, to Washington DC to highlight human rights violations in Sindh province in Pakistan.

The march, which began on April 7, is being organised by Sindhi Foundation spearheaded by US-based Sindhi activist Munawar Sufi Laghari.

"Twenty-seven years ago, I came to the United States of America, to New York City...I walked every day here, thinking of my mother and father, and brother, and also my Sindhi people. I promised to myself that one day I will represent my people of Sindh in the United Nations of America," asserted Laghari.

Munawar's feet are blistered and his legs being numb, but his spirits are high. Backing him is another prominent Sindhi activist Fatima Gul.

Even as the unrelenting rumble of raindrops falls on Gul, the persistent patter is cut by her sturdy steps marching forward. It's just one perspective she says that keeps her going.

Titled "Long Walk for Freedom, Nature and Love", is a demonstration that will cut through five US states: Maryland, Delaware, Pennsylvania, New Jersey and New York.

Along the way, participants meet community members, other human rights groups and even political leaders who wish to support the fight against climate change and human rights violations.

Standing in solidarity and supporting the minorities from Pakistan are some prominent members of the US congress. Eleanor Holmes Norton, Raja Krishnamoorthi, Carolyn Maloney, Jamie Raskin, Adam Schiff and David Schweikert sent video messages in support of the long walk.

"Marginalized communities across the world live their days in fear of persecution and with our planet warming and Antarctic ice sheets shrinking day by day, there is no time to waste. Facing a pandemic that has pushed our nation into a year-long mourning period, a worsening climate crisis, and rampant human rights abuses, marginalized people around the world are standing together to demand an end to the suffering," expressed Congressman Rajakrishnamoorti.

The idea of the Long Walk stemmed from the appalling realities of the Southeastern Province of Pakistan- Sindh.

Issues such as enforced disappearances, the plight of Sindhi women in Pakistan, environmental problems in Sindh and even something as basic as water has been some of the major concerns for the people of Sindh for decades. And countless voices seemingly fall on the deaf ears of those who could bring change.

Sindhi foundation is determined to end its long walk in Washington DC outside the Lincoln Memorial on April 29. (ANI) 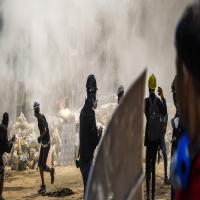 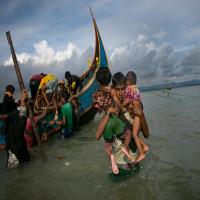