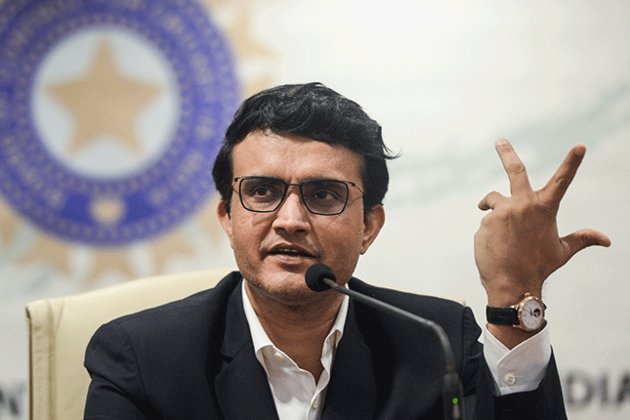 India's cricket chief Sourav Ganguly has come out against playing four-day Tests, proposed by the world governing body as a way to squeeze more cricket into a packed calendar.

The International Cricket Council (ICC) has floated the idea of reducing matches in the World Test Championship by one day from 2023, but Ganguly said officials should not "tinker" with what he calls the best form of cricket.

Four-day Tests have been tried in one-off games between South Africa and Zimbabwe and England against Ireland, but the Board of Control for Cricket in India is among a growing list of critics.

"I am not a big fan of four-day cricket because I feel lot of Test matches will not finish," Ganguly, who turned 48 on Wednesday, said in an online chat hosted by the BCCI.

"When you have four days the approach is different," he said.

"I really feel that there is no need to tinker with those five-day Test matches. And for me Test matches are the toughest and the best form of cricket."

Ganguly, who is rumoured to be in the running for the post of ICC chairperson, backs other innovations, however, including day-night Tests.

India, who refused to play a Test under floodlights in Australia in 2018, joined the pink ball party against Bangladesh in Kolkata last year.

The final Test of a two-match series attracted packed crowds at Eden Gardens despite the Test lasting less than three whole days. India won the series 2-0.

"Day-night cricket, one Test a series is important, because cricket needs everyone back," said the former India captain.

"We played that pink Test in Kolkata, I don't think if it was a normal India-Bangladesh Test match we would have one tenth of the people," he said, noting that 150 000 people attended over three days played.